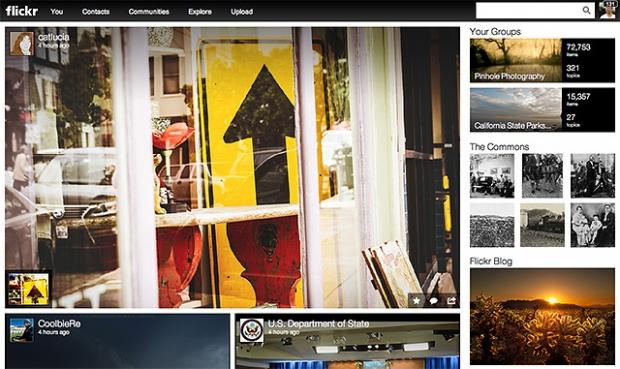 Flickr had become about words, little images, blue links. It was not about the photo anymore.

Flickr's new homepage does away with words. It features a clean photostream that makes use of full-resolution images and puts the emphasis on the pictures. New features also include iPhoto-style slideshows and new sharing options. Users can now push photos to Facebook, Twitter, Tumblr, or Pinterest.

Android will also be getting a new Flickr app that has similar features to Flickr's iOS app. According to Cahan, "Upload once, send to any device, any screen, any friend, any follower, on any service, and make it absolutely beautiful."