Google Glass is starting to get a larger app selection. Twitter has launched its official Twitter app for Google Glass making it easier than ever to tweet those super-cool hands-free pictures that you so like to take. All jokes aside, the Twitter app will also let you tweet normal text as well as pictures. 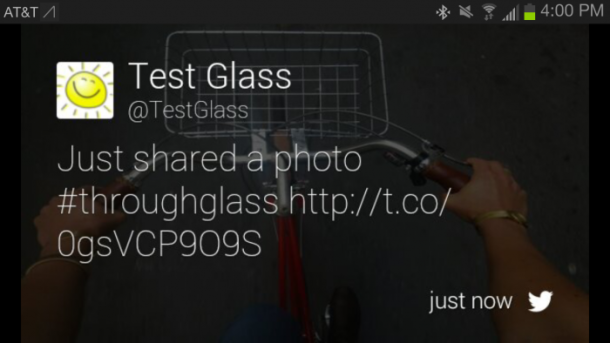 In fact, you should be able to do most of the functions that you are used to: tweet pictures and text, reply to, retweet, or favorite tweets, and receive notifications. Twitter will automatically add "Just shared a photo #throughglass" to the tweet. If you happen to already have a pair of Glass, head to Google.com/myglass to turn Twitter on.