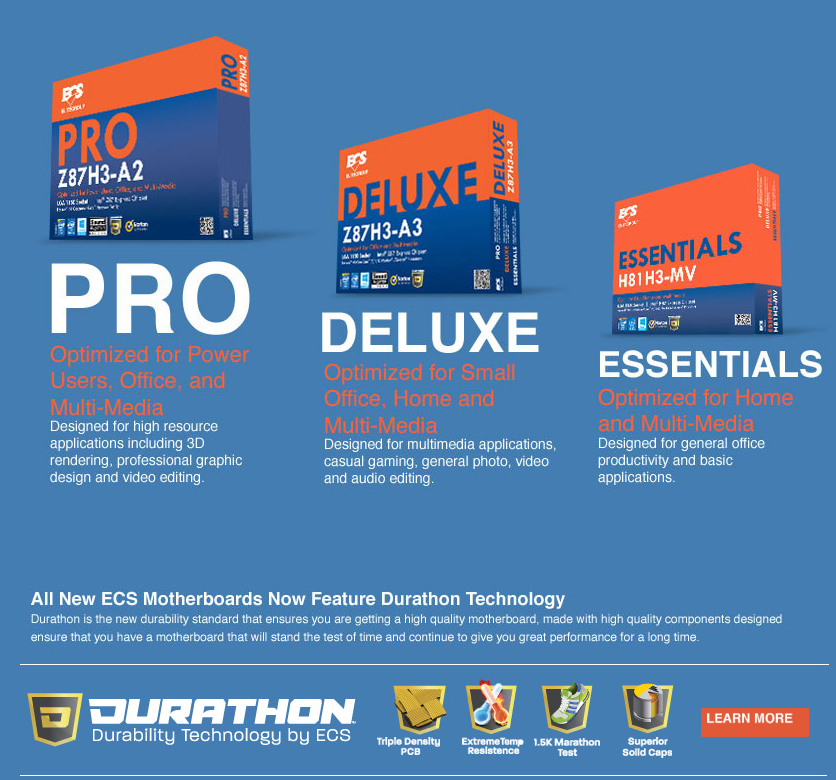 The Pro series will be optimized for power computing, while the Deluxe line will be geared towards home and office use. The Essentials series will be better suited towards the home theatre or media center crowd who needs the power, but not necessarily the larger footprint of more feature rich boards.

For more information on ECS's upcoming Intel 8-Series line, head over to Source #1 link below.