Google just announced its own version of the Galaxy S4. The Google Edition of the Galaxy S4 will be carrier unlocked for both AT&T and T-Mobile with LTE support, 16GB internal storage, bootloader unlocked, and it'll receive prompt system updates with every new release. 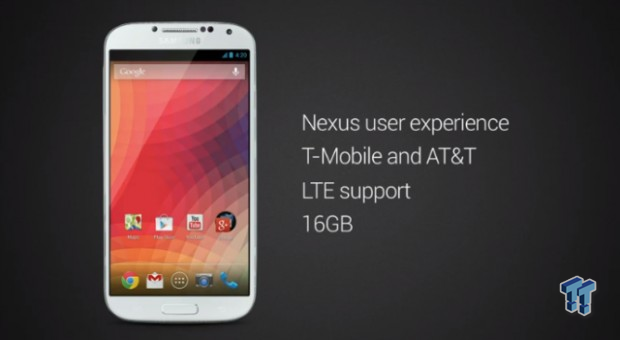 Other features include a stock Android 4.2.2 Jelly Bean OS, with no Samsung skinning. Unlike the vanilla Galaxy S4, the Google Edition is also said to feature a microSD card slot for improved storage. Personally with these new features, I feel that this may just claim the top spot on the Android handset ladder as far as performance vs. features are concerned.

Google says that the Samsung Galaxy S4 Google Edition will retail for $649 and will be on sale in the Google Play Store beginning on June 26th.