Microsoft has gone and added Gchat support to Outlook.com and Skydrive.com. Users who are logged into their Microsoft account on Outlook.com or Skydrive.com will gain the ability to chat with their Google contacts over the next few days. This comes at an interesting time as Google is rumored to be launching its unified Babel chat platform at Google I/O, which kicks off tomorrow. 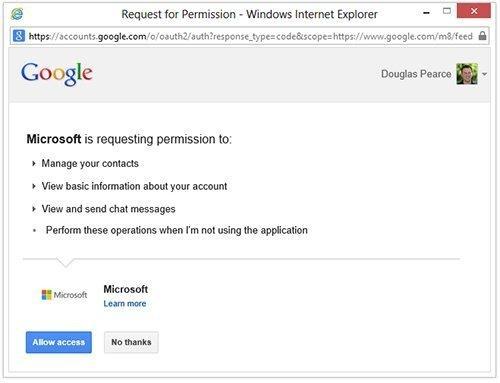 It's rather interesting to see Microsoft build in support for a competitor's product, especially such a fierce competitor as Google. However, they say that they heard customers wanted support for Google Talk. Currently, video and voice isn't supported. Microsoft's Dharmesh Mehta says, "If it turns out a lot of people want the voice and video with Google, that's certainly something we'll go talk to them about."

It's nice to see a company working with a competitor to make their own product better for the consumer. Microsoft is still working on increasing its public image, and this is probably part of that push.