To be fair, the system was piloted by a person located on the aircraft carrier. After taking off, the drone was piloted to a runway on land for landing. With this first test successfully completed, the X-47B will now have its automatic navigation and landing tested. 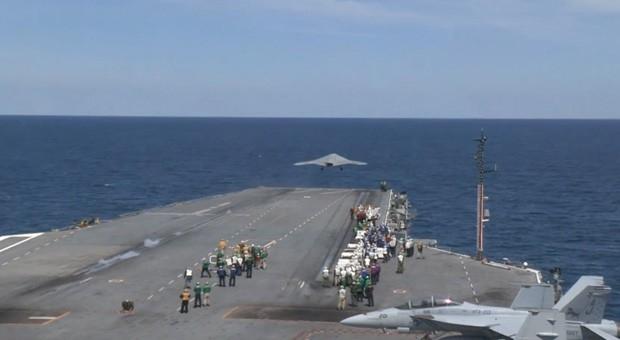