According to United States Vice President Joe Biden, there is no reason that the United States government couldn't tax violent media. This means that we could soon see a violent media tax aimed at encouraging the reduction of violent media consumption. The tax would likely aim to function much like taxes on cigarettes and alcohol: to reduce consumption without making it illegal. 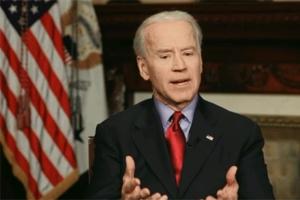 In regards to Reverend Franklin Graham's idea of taxing violent media, Biden is quoted as telling Politico that there's "no restriction on the ability to do that; there's no legal reason why they couldn't." Funds raised by the tax would be used to help victims of gun-related violence.

It's not clear whether this would pass Congress or how much the tax would be. We will, of course, let you know of impending votes and other issues if this idea starts to gain traction.