American consumers will soon have expanded access to the BlackBerry Q10. Sprint, Verizon, and T-Mobile have all announced that they will be carrying the BlackBerry Q10 sometime this summer. Release schedules vary between carriers, but it looks as though T-Mobile and Verizon will be getting it before Sprint. 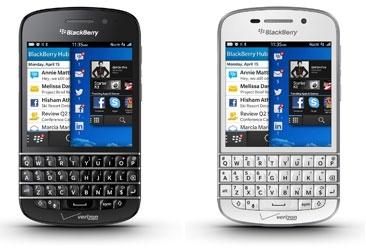 In fact, business customers can already order the Q10 on T-Mobile and it will be delivered in about a week. General consumers on T-Mobile will have to wait until an unspecified time in June. The device will cost $579.99, or $99.99 down with T-Mobile's purchase plan.

Verizon will also be getting the device sometime in June, though a specific date has not been released. Verizon also has an exclusive lock on the white Q10, meaning you'll have to go Verizon if you want the white Q10.

Sprint will only say that they are getting the device in "late summer." Of course, "late summer" runs all the way up until the middle of September, so it looks as though Sprint customers will have to wait a bit longer for the Q10.