NVIDIA has finally launched Project SHIELD as a completed project. Now called SHIELD, the portable gaming device will be available for pre-order starting May 20. SHIELD will be available from Newegg, GameStop, Micro Center, and Canada Computers, as well as shield.nvidia.com. 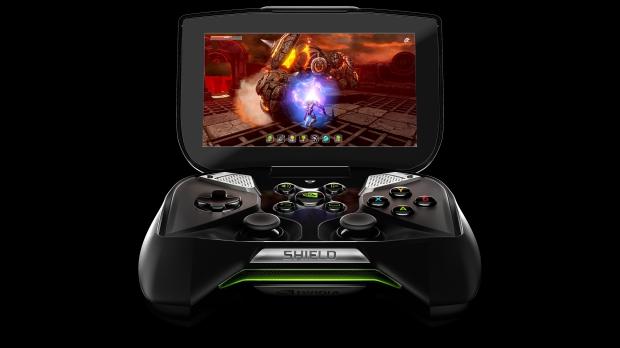 The actual console will begin shipping sometime in June and should mark the introduction of the Tegra 4 processor. It's equipped with 16GB of on-board storage, GPS, Bluetooth 3.0, a mini-HDMI out, a micro-USB 2.0, a mircoSD card slot, and a headphone jack. On the processor side of things, it features the Tegra 4, which has 72 GPU cores and four CPU cores. The Tegra 4 is coupled with 2GB of RAM. The screen is a 5-inch 720p touch-enabled display.