Images of the Nokia Lumia 925 have leaked out online thanks to our favorite Twitter leaker, @evleaks. The image, while slightly blurry, depicts the upcoming Nokia Lumia 925 that is set to debut tomorrow in London. The image appears to be a stock product shot and gives us some idea of what to expect from the device. 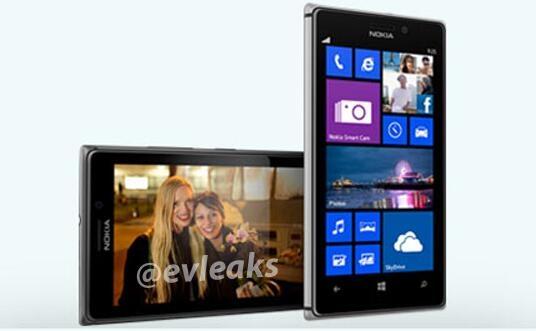 A headphone jack is visible on the top of the device, with volume buttons and either a camera or power button present on the right side. Nokia has already teased that this device should have an excellent camera, but the exact details remain unknown as the backside of the device is not included in the marketing shot.

Rumored specs include a 4.5-inch OLED display, dual-core Snapdragon S4 processor, 1GB of memory, and an 8.7MP camera. Of course, these are just rumored, so take them with a grain of salt. We'll be sure to get you all the relevant details as soon as the device launches tomorrow.