Intel is close to launching Haswell, and we're starting to see some validations sent in through CPU-Z, with some interesting results. The first of which is a Core i7 4770K clocked to 5GHz. 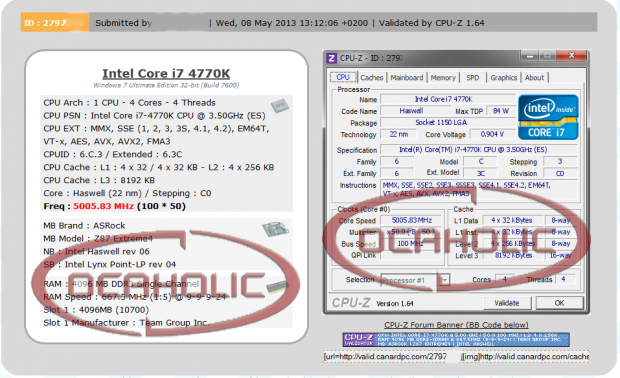 The Intel Core i7 4770K was clocked to 5GHz using just 0.904V of power, which is quite astonishing. Who knows if it is completely Prime stable, or whether it can sustain even booting up a game, but it is quite the feat indeed. The achievement was completed using ASRock's Z87 Extreme4 motherboard.

We should see more of this crazy overclocking in the near future, and you can be sure we'll be all over the Haswell content when it launches in a few weeks time.