Someone has taken to The White House's Twitter account, tweeting "Unless you're a Native American, you came from someplace else". This of course, has offended many, with a stream of users attacking @whitehouse with tweets. 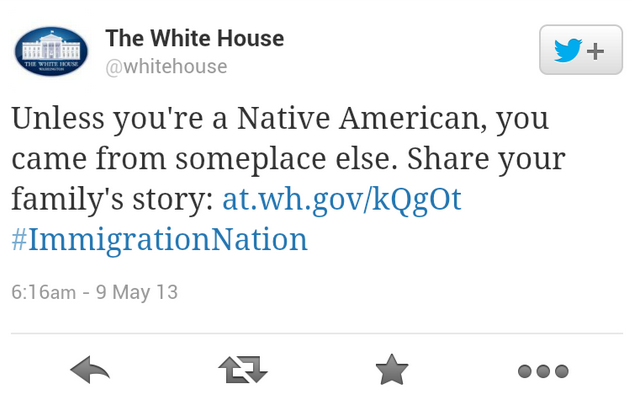 You can read some of the replies to @whitehouse here, but it is definitely a weirdly worded tweet. If you're aware of the show 'Veep' on HBO, I'[img]sure they're running into damage control right now and I was right, as there is another tweet, which said "we are a nation of immigrants".
NEWS SOURCES:twitter.com, twitter.com