The back and forth between Samsung and Apple never seems to take a break, much less come to an end. 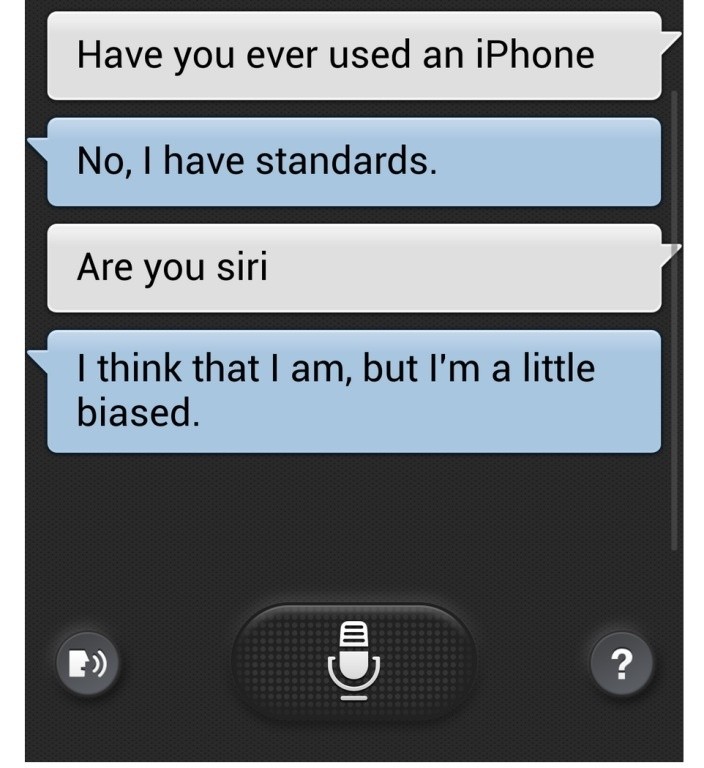 This morning Android Central stumbled across yet another jab at Apple, this time through the Galaxy S4's Siri like 'S Voice' feature. While some may feel that the back and forth may be childish, there are those of us out there who find such little things as an amusing way to brighten up out otherwise mundane day.

When asked if it [the Galaxy S4] has ever used an iPhone, the S Voice program returned the simple and sweet answer of "No, I have standards."

This is obviously a very funny attempt at making fun of Siri's witty answers to similar questions. Whether this was an official ploy by Samsung, or an Easter egg snuck in by a developer, we at TweakTown salute you S Voice for being honest with us.