A few days ago I broke the news on ASRock's upcoming 8 Series motherboards, and at that time the only detailed information available was on the audio hardware that would be featured on the upcoming boards. This morning ASRock has released a new slide and video on their 8 Series microsite that details how the technology really works.

In the video above it appears that the HDMI-in port functions as a pass-through to feed your devices HDMI signal to your monitor for things such as video streaming, gaming and large screen functionality. The HDMI-in feature works even when the PC is turned off, which I feel could come in very handy. 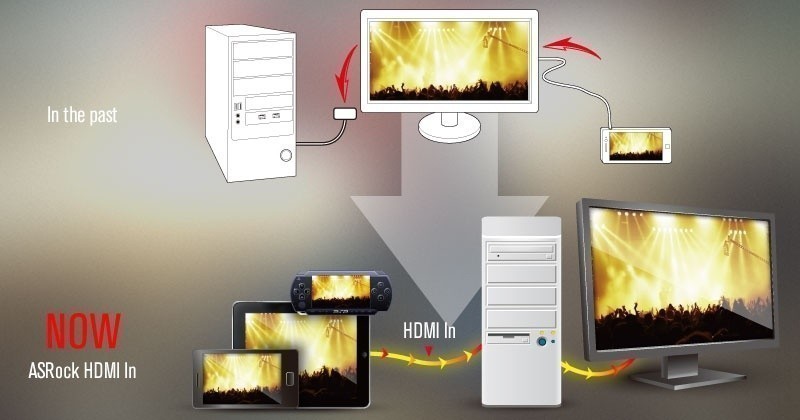 While this new HDMI-in feature is very cool, I personally am waiting on the demo video of the waterproof conformal coating that ASRock has said all the 8 Series boards would be coated in. This will greatly hinder board repairability, but with the high-end components being used these days, we no longer have to worry about leaking capacitors and burnt mosfets as much as we use to.