Microsoft is really making a push for the next-gen Xbox. Likely trying to win back support after being second to the unveiling party, Xbox's social media marketing manager tweeted that Xbox would make a return to Gamescom at the 2013 event this summer. 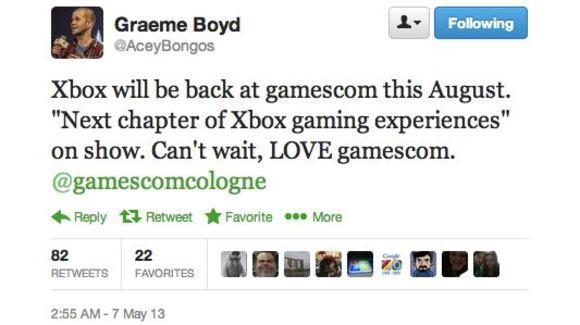 My hopes are that Microsoft will get all of the details out in the open at their May 21 event, though it's starting to seem like we'll get bits and pieces of information at each of the three events. The tweet reads: "Xbox will be back at gamescom this August. 'Next chapter of Xbox gaming experience' on show. Can't wait, LOVE gamescom."

We will, of course, provide our readers the full details of Xbox's Gamescom 2013 event.