Someone has a little too much time on their hands, but has made something unbelievable cool - a disc changer for the Xbox 360 made from Lego. Yes, Lego. The Changer uses 3 x NXT's and is controlled through Bluetooth.

The Changer is made from 3 NXT's, 7 NXT servos, an RC motor, a light sensor, two color sensors and around 3000 parts. The claws of The Changer are operated with a pneumatic system with the disc selected by the user sending The Changer a message between 1 and 32 as The Changer holds 32 discs. The average change time for discs sits at around 42 seconds. 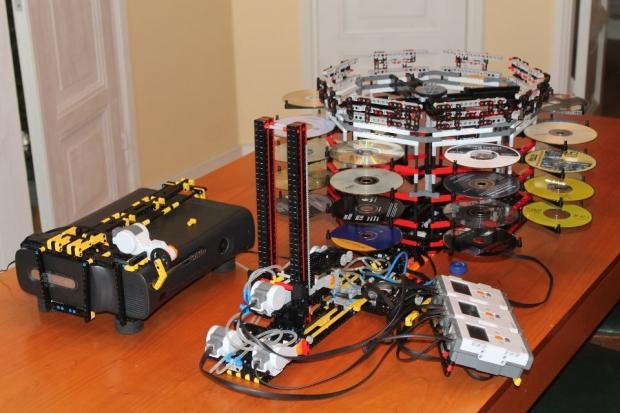