The Explorer Edition of Google Glass was not an easy thing to get your hands on. One Australian hacker couldn't wait for the consumer version to be released, so he did what any self-respecting maker would do: he produced his own cloned version of Google Glass and called it Flass. Flass is a combination of 'fake' and 'glass.' 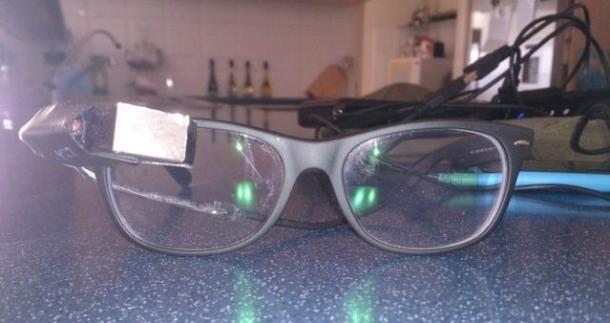 Flass certainly isn't as refined as Google Glass, but it does get the job done. Ash_Williams, the creator of Flass, has gone through four iterations of the clone, each one becoming more refined. Flass, however, isn't quite as wireless as Google Glass. Currently, the system is controlled by a small keyboard.

He is currently working on another prototype, hopefully with an integrated camera. Ash_Williams also has a 3D-printed version of the Google Glass frame on its way, meaning this clone could soon look a lot more like Google Glass.