NZXT has a long history with silent PC cases. Late last night the crew at NZXT released a teaser page on its website that simply showed off a tight crop of a corner of a case, as well as a front I/O panel. 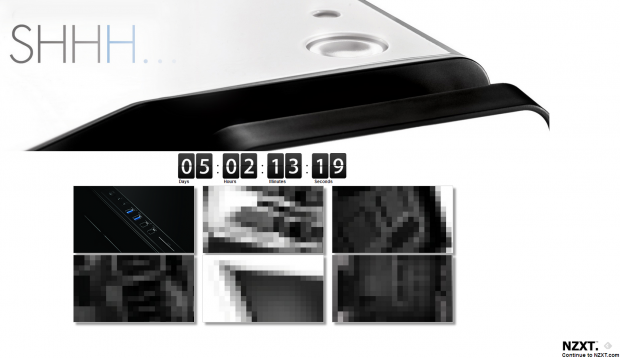 The webpage, titled simply "SHHH...", includes a countdown timer that alludes to an announcement or release of some sorts five days from now. I tried probing my contacts at NZXT, which included the company founder, and was unable to squeeze any more information out of them.

I really do hope that this is a new silent PC design as I own every silent design NZXT has released over the years. In fact, the very first PC case I ever reviewed was an NZXT Whisper way back in the day, and is the chassis that houses my home server at the moment.