This year's "Who Has Your Back" report published by the Electronic Frontier Foundation has just been released and Twitter is sitting pretty in the number one spot. In contrast, Facebook, Apple and Amazon all ranked very low on the list. 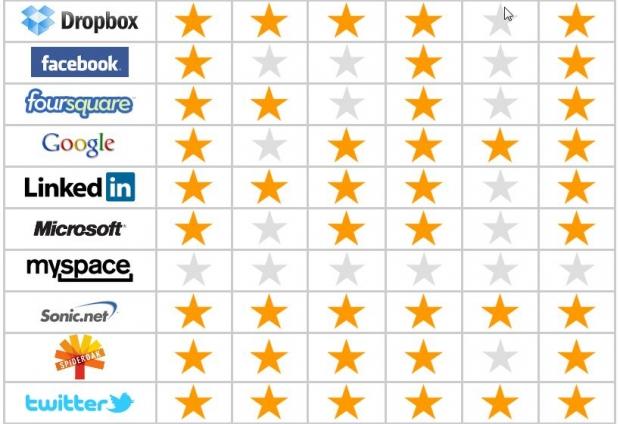 The report is based on how far the world's biggest tech companies go to protect your data from government demands. Each company is evaluated on six different criteria and given a star if they fit the requirements. Of the 18 companies tested, only two met every criteria with an excellent rating.

Twitter and Sonic.net both scored a full six stars, while on the other end of the scale, Myspace was awarded nothing. Facebook was middle of the road with three stars while Google, Dropbox, and Spideroak all tied for second best with five stars each.

If you are interested in how the EFF defines and rates each category, I have listed them below.