Google I/O is just weeks away, and now the Mountain View-based everythings giant have posted their session schedule for the conference. Google I/O takes place over three days, and will cover multiple Google products and services. 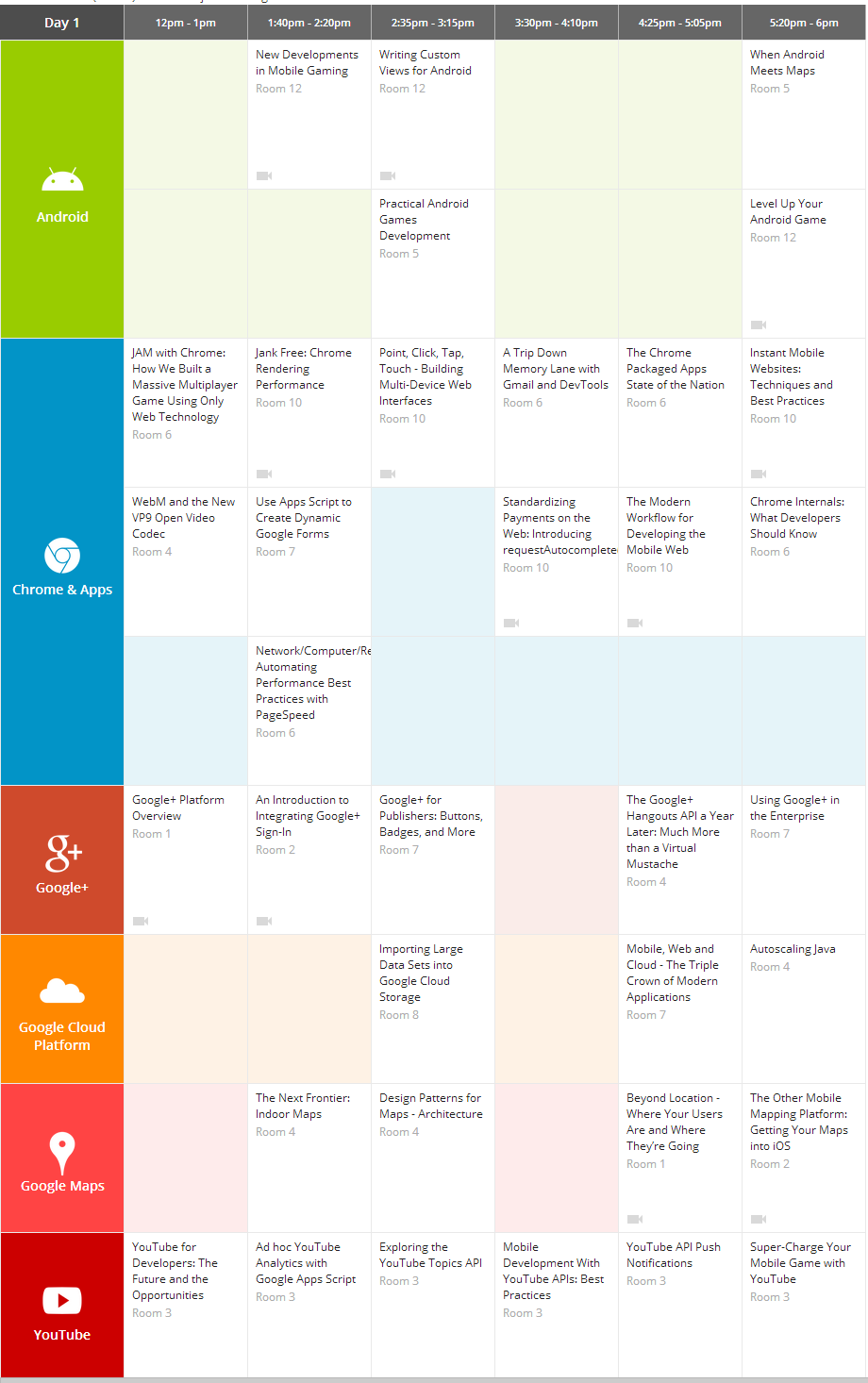 The sessions include Android, Chrome & Apps, Google+, Google Cloud Platform, Google Maps and YouTube. I'm sure we'll see some products unveiled, where I'm hoping for a new Nexus smartphone, and the teased Nexus 11 tablet. Here's hoping to a better look at Google Glass, and hopefully the next iteration (and hopefully next-gen) Android.

There's been talk that the next piece of Android to arrive won't be Android 5.0 "Key Lime Pie" but another iteration of Jelly Bean, which will arrive as Android 4.3.