Earlier today, I turned on my Xbox to watch a bit of Netflix and discovered the homepage featured an advertisement for an upcoming Microsoft event. That's right, Microsoft is advertising an event at which the next generation Xbox will be unveiled. Microsoft is trying to get the #XboxReveal hashtag trending, as seen in the picture below. 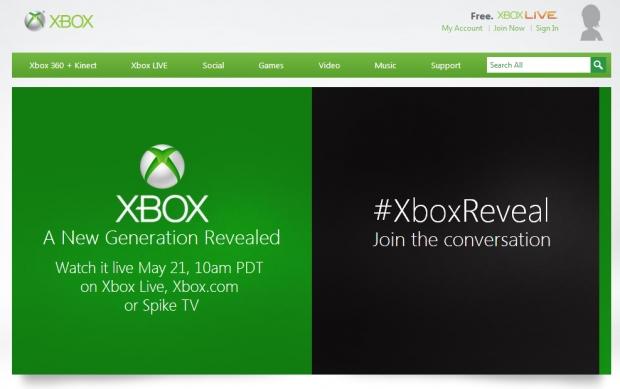 We will hopefully be able to feast our eyes on the next-gen Xbox 720 on May 21 at 10am PDT. Interested parties can watch the event on Xbox Live, Xbox.com or Spike TV. We will, of course, have full coverage of the event here in case you miss it. We also figure Microsoft will offer the event for replay.

We've seen a number of rumors about the upcoming Xbox 720. Just which would you like to prove true?