Acer has been pretty silent on the smartphone front since January when it launched the Liquid E1. This morning Acer announced its next generation smartphone, the Liquid E2. 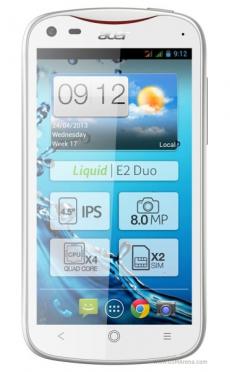 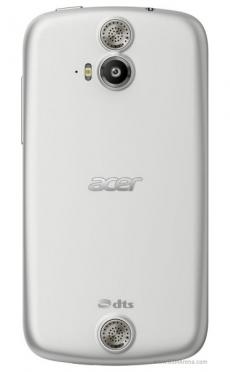 The Liquid E2 features a quad-core 1.2GHz ARM Cortex A7 processor, 4.5" qHD IPS display, 1GB of RAM and 4GB of internal storage, which can be augmented by a MicroSD card. Photo capturing task are handled by an 8MP rear camera that can shoot 1080p video at 30FPS. Android 4.2 is the operating system of choice. 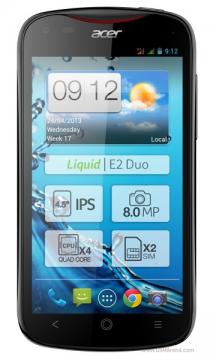 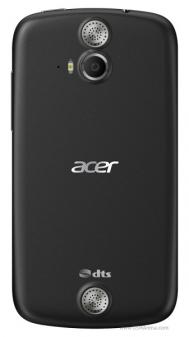 The E2 is HSPA+ compatible and is available with a dual SIM card option. It is expected to release mid-May in Belgium, Netherlands, Ukraine, France, followed by Spain, UK, Italy, Germany and Russia, with a suggested retail price of 229 Euros. Dual SIM version pricing has not yet been announced.