Code in the latest OS X Mountain Lion 10.8.4 beta seed seems to confirm that future Macs will be coming with support for the super-fast 802.11ac wireless protocol. Within the systems WiFi-frameworks folder, the following code can be found, supporting previous rumors Apple is working on getting 802.11ac into future Macs: 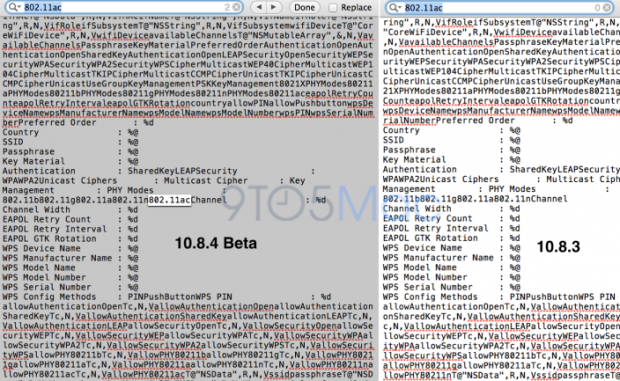 This means that most, if not all, future Macs will be produced with the 802.11ac wireless standard supported. We'll probably see a refresh of the MacBook Air sooner rather than later and I imagine 802.11ac will be included at that time. This means Apple will likely be releasing 802.11ac compliant AirPort routers and iOS devices.