Indie superstar, Minecraft, has sold more than 10 million copies according to Mojang customer support manager Marc Watson. Watson tweeted the news, with the milestone including just copies from PC, Mac and Linux - making it the seventh best-selling PC game of all time - a huge, huge milestone. 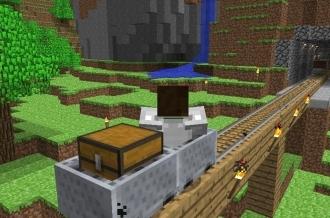 The game is also available on Android, Xbox 360 and iOS, so these numbers would be much higher if the extra platforms were counted. The developer has said that the Xbox 360 version alone has sold more than six million copies as of last month. Developer Jens Bergensten believes that across all platforms, sale numbers on Minecraft was around 20 million in January of this year.