Activision has shown off an incredible animated face that is so life-like it could be mistaken for a real person. Check it out below:

Activision showed off this character, described as "next-generation character rendering", during a talk about real-time graphics at GDC 2013. Activision says that an animation, like the one above, can be rendered in real-time on a user's GPU, rather than the massive rendering farms used during animated movie production.

There is still a bit more work to go before be arrive at something perfect, but with graphics capabilities increasing every year, it shouldn't be too long before Activision makes a face that is completely indistinguishable from the real thing. 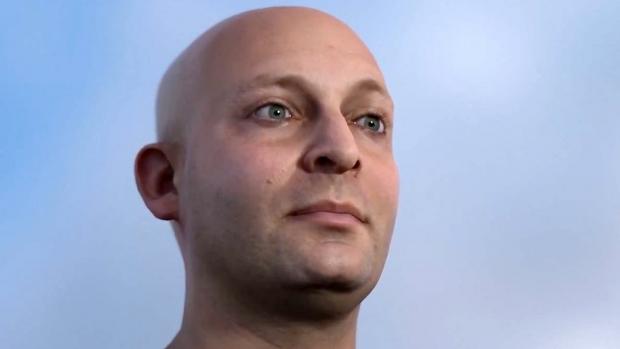