GDC 2013 - NVIDIA had their Grid technology skipping along at the Game Developers Conference in San Francisco, where our man on the ground Trace Hagan got to check out some cloud-based gaming.

The cloud wasn't far away for the demo, with a huge server array just a foot away from the LG Smart TV the game was being played on. As you can see from the above video, cloud-based gaming is in NVIDIA's future. There's no details on resolution or detail levels just yet, but as Trace says in the video, that'll come down to the variables with consumers' Internet connections and compression methods used by NVIDIA. 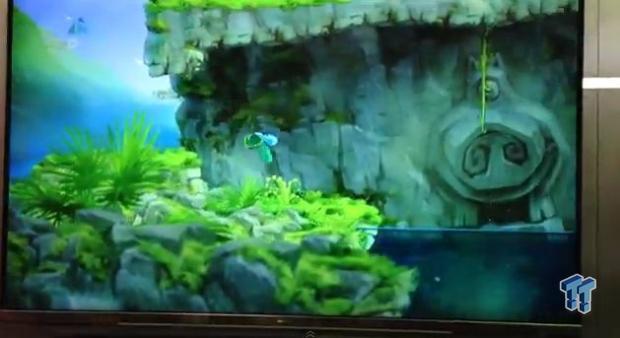