GDC 2013 - With Trace walking around the halls of the Game Developers Conference in San Francisco, he stumbled across something cool from AMD - some motion capture technology demo using a simple webcam.

As you can see from the video above, the camera captures Trace's face quite well (I think he looks better on the left) but this technology could be used in the future for facial expressions in games. It could be nice to see this technology built into more casual games, or if it could capture your face in real-time for games like Battlefield 4, and played directly into the game so other players could see. 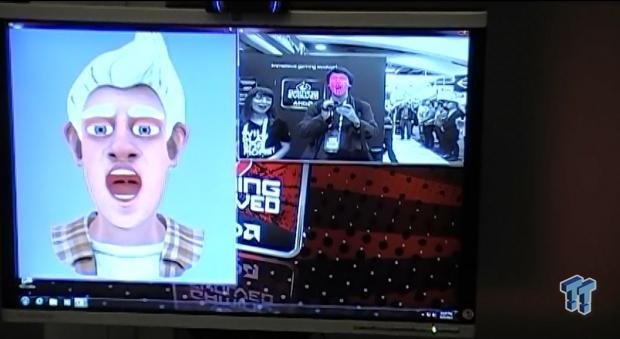