GDC 2013 - Trace is on the floor for us at the Game Developers Conference 2013 in San Francisco and his first stop for the show was a visit to the Oculus Rift booth. Wouldn't you want to go there first, too?

We got a short video (embedded above) taking a quick look at a developer kit of the increasingly popular virtual reality headset for gaming. We also see in the video someone kitted up wearing a Rift developer version headset and playing Unreal Engine 3 based Hawken. 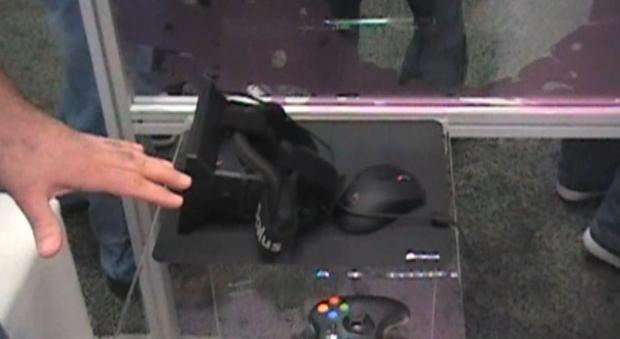 Who is excited for the Oculus Rift? Let us know in the comments below.