Google has made a move to curb the early leaks by Francois Beaufort by hiring the leaker onto the payroll. As of yesterday, Beaufort was hired by Google to be a Chromium Evangelist. Unfortunately, this means that the rest of us will continue to be in the dark about upcoming Chrome and Chromium features until much closer to their respective release dates. 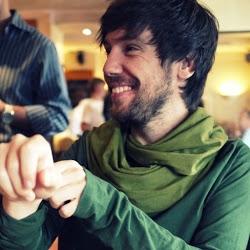 It's no secret that I love Chromium and Chromium OS and have been diving into the open source project deeply over the years. In this new role, I'll be able to do a series of more in-depth "behind the scenes" pieces about the Chrome team, its culture, and upcoming features.

Google isn't the first company to hire someone who was making life difficult for the company. For example, Jagex, maker of Runescape, hired one of the bot developers to join the team that worked on stopping bots in the game. We'll see if Beaufort continues to provide early leaks or if him being on the payroll will limit his ability to do so.