If you're in India and were waiting for the Nexus 7, you're in luck - it has just popped up on the Google Play Store with a shipping date of April 5. There has been no official announcement, apart from a few people talking about it on Twitter when they discovered it on the Play Store. 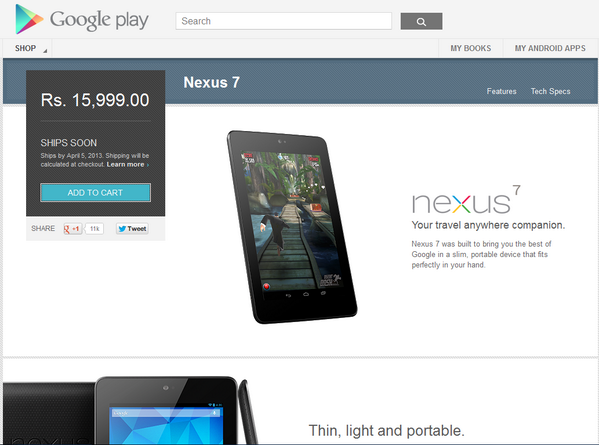 You can buy it for Rs. 15,999 (roughly $295) and have it shipped "by April 5, 2013." It might seem like this has been a long time coming, but the Nexus 7 is still one of the best tablets on the market. Google are wanting to push into the Indian market, which has been growing exponentially over the last year or so.