Archos announced today that it has launched its long awaited Gamepad in the US after more than a month of delays. The Android Jelly Bean powered gaming tablet is capable of running most games in the Google Play store and features controls off to each side. 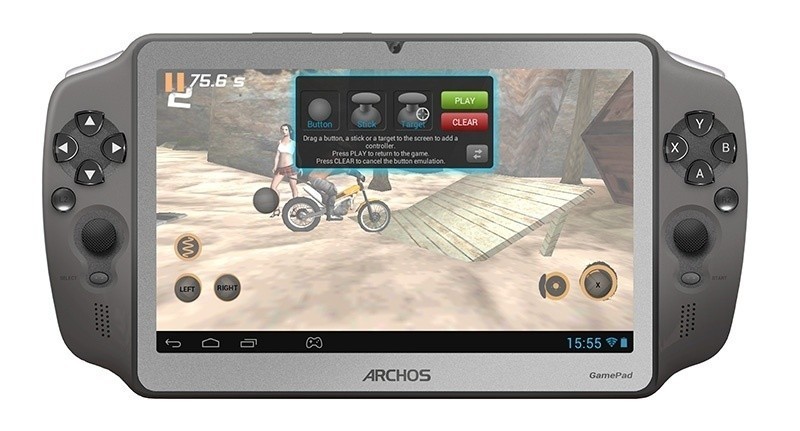 The Gamepad houses a 1.6GHz dual-core ARM Cortex A9 processor, but has just 1GB of RAM. Like most of the cheaper Android tables on the market, graphics crunching is handled by a quad-core Mali 400MP GPU. Internal storage is decent at 8GB with a micro SD card slot that can provide up to 64GB of additional storage.

A 1.2MP front facing camera along with a 2MP rear handle all your imaging needs, while the 1024x600 screen serves up all that Android gaming goodness. Coming in at 0.3-inches thick, the $179 Gamepad will appeal to some who just enjoy casual gaming, but do not expect it to perform on the level that something like Razer's Edge does.