The wait is finally over. Those in the United States who have been waiting for months to sink their teeth into some BlackBerry Z10 goodness can now do so at an AT&T store near you. 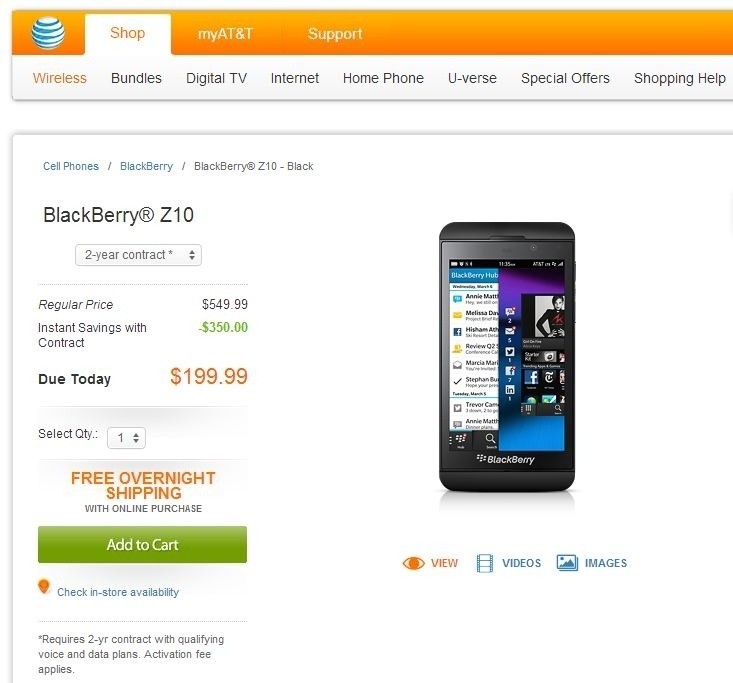 BlackBerry released its first generation smartphone two months ago in the UK and Canada, but carrier testing held up a state side launch until this morning. AT&T is the first to bring the new BlackBerry Z10 to the US consumer. Pricing starts at $199 with a new two year contract.

Those of you who would like a BlackBerry Z10, but would rather avoid AT&T, will have to wait until March 27th when T-Mobile releases the Z10, or from Verizon the next day on March 28th. With some of the initial hype having settled down by now, are any of our readers heading out today to pick up a new Z10? Let us know in the comments.