NVIDIA have announced the first ever GeForce eSports World of Tanks Open Tournament, with gamers competing to win NVIDIA GPUs and a shot at the $100,000 total prize pool. Pre-registration is now open, with team and player registration opening up its doors on March 28 for two weeks. Head of Community and Wargaming in North America, Kevin Van Ness, has said: 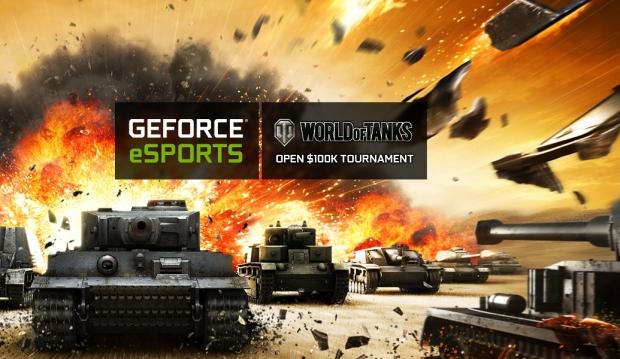 World of Tanks really strikes a chord with players looking for that ultimate competitive gaming experience, thanks to its team-based gameplay and strategic action. We're looking forward to combining our world-class community with the world-class expertise of NVIDIA for this exciting event.

Five regions are open to enter the World of Tanks tournament, China, APAC, the Americas, Russia and Europe. The five regional finalists will receive an all-expenses-paid trip to the Grand Finals, which will be announced at a later date. All tournament matches are seven-person teams playing the best of three game matches.

There should be at least four weeks of group play, with the top players from each group moving onto the double-elimination championship brackets.