This morning Microsoft announced a new Imagine Cup competition that is aimed at game developers in the 9-18 years old range. The Imagine Cup Kodu Challenge is designed around Kodu, an easy to learn game creation tool kit and programming language. 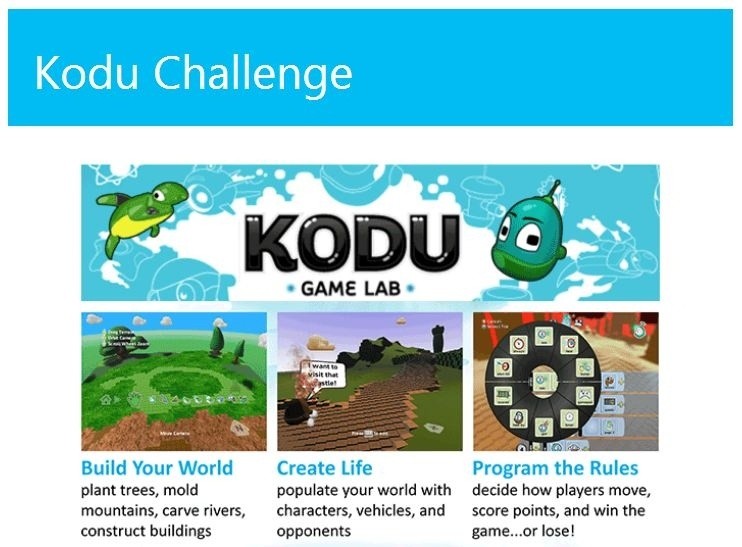 "Microsoft developed Kodu to transform programming from a skill perceived as overly difficult to grasp to one that is fun and kid-friendly. By getting students interested in game design at an early age through Imagine Cup, it's our hope they will acquire new skills that will translate into a lifelong passion for computer programming and computer science and will encourage them to explore STEM-related careers in the future."

The Kodu environment can be downloaded for free on Windows based computers and has generated over 16,000 kid-created games since its release. The Imagine Cup Kodu Challenge begins today and runs through May 17th 2013 and features two age brackets 9-12 and 13-18 that students can compete in.