I'm not going to lie: I love my iPhone 5. After watching the Samsung Galaxy S IV press conference, several key features of the new Galaxy S IV caught my eye. The main one that I'm interested in is the integrated temperature and humidity sensors. The new device features nine different sensors for sensing the environment around you. 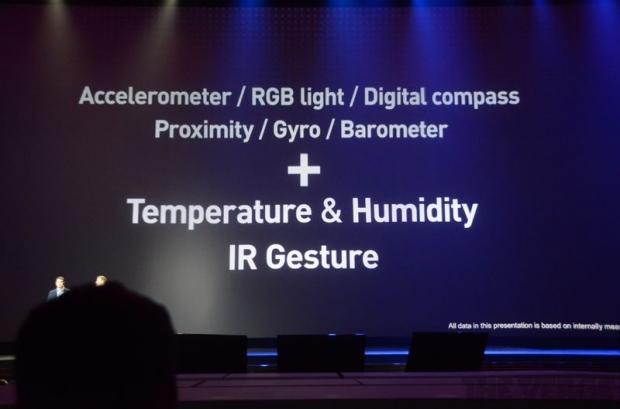 The first six in the list seen above are commonly available in most devices on the market. It's the new sensors that they have added into the device that really allow the device to go to the next level. It's absolutely sweet that my phone can figure out the temperature outside as well as how humid it is.

Those sensors turn the Galaxy S IV into a mobile weather station, especially when coupled with the barometer. The new IR Gesture sensor is what powers the cool new Air Gestures feature. For more about Air Gestures, see my colleague's post from earlier this evening.