EA and Maxis have just announced that they have completed a series of server upgrades that is expected to solve the on-going connection issues with SimCity. EA has also released a patch that is said to improve some issues with "trade intermittency". 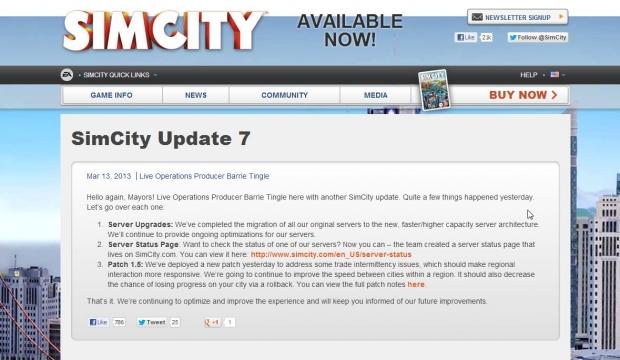 In a blog post, Maxis said that all the original servers were migrated to "faster/higher capacity server architecture." Server status can now be checked by visiting a dedicated page that was launched yesterday. It is still up in the air at this moment whether or not all the connection issues have been corrected or not, the real test comes this afternoon during peak hours when everyone tries to log in at once.

EA says that the new servers have been in the works since shortly after launch when a large number of players were unable to connect due to high server traffic. There is still no word yet on when EA will address the street and population issues within the game, but if you are unwilling to wait on an official patch, UKAzzer has a solution for you.