OC legend resident ASRock guru, Nick Shih, has been frolicking his magical overclocking fingers over a new motherboard, the ASRock Z87 OC Formula. The Haswell-based motherboard has been spotted through a new photo, just a tease of things to come. 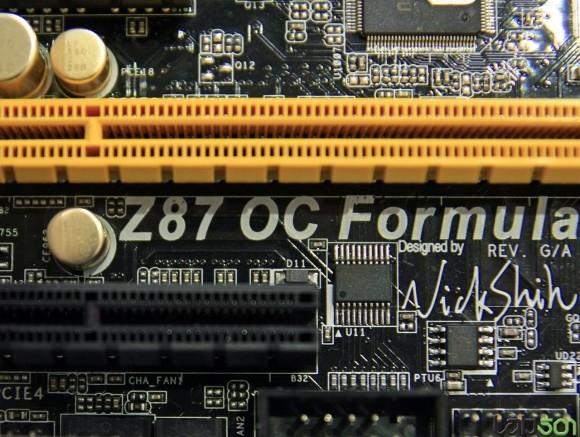 There are no details on the motherboard, but one would gather that it was put under some overclocking pressure at CeBIT, and should be fully unveiled at Computex in June. Enthusiasts and power users alike won't have much time to wait, with under three months left until the big event in Taipei kicks off again. You can be sure we'll be covering Computex and the huge Haswell launch from all vendors very closely, so watch this space!