Samsung have invested around $112 million in Sharp, which will see them acquire a 3% stake in the company. Sharp and Samsung have previously done business, but this will solidify that relationship, especially with Sharp struggling right now. 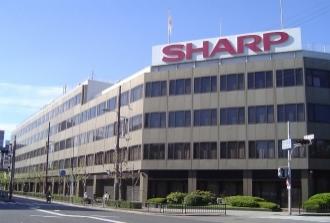 Sharp make LCD panels for large TVs, as well as small- and medium-sized panels for mobile devices. Samsung will benefit greatly, especially in their affiliate Samsung Display Co. The move will also see Sharp not rely on Apple so much, it could even stop Apple from having exclusive access to next-gen display technology. Sharp have been pushing full steam ahead with their IGZO (indium gallium zinc oxide) display technology, which provides higher pixel density, with lower power consumption for panels being baked into smartphones, tablets and other devices.

The company are hoping that the strong demand for these IGZO panels will help them be a star once again, but until now they've been having issues with low production yields, stopping them from offering the displays into more phones, or having the ability to offer them outside of Japan.