Every month Steam releases a hardware survey that provides a look into the corner of the PC gaming industry that Steam occupies. February's numbers look fairly nominal until you notice that two percent of Steam users are now running Linux. 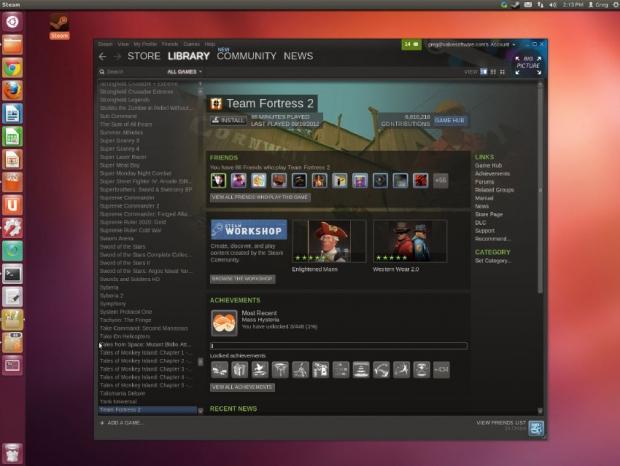 Two percent may seem like a small number, but when you consider that the Steam Linux client has only been available officially since the beginning of February, the "adoption" rate is actually higher than Windows 8. On top of that, when you factor in that there are roughly 100 games ported over to Linux on Steam and none of them include major titles like Borderlands 2, Far Cry 3, Skyrim, or even the GTA series, two percent is pretty large.

The survey also reveals that 1080p is the most used resolution, Direct X 11 holds 58% market share, and NVIDIA dominates the GPU stats with 52% market share. Finally Windows 7 64-bit still reigns king with 8GB of RAM being the norm.

Have you switched over to Steam for Linux and left your Windows gaming days behind you? Let us know in the comments.