Ubisoft has revealed the box art for the upcoming Assassin's Creed IV: Black Flag PlayStation 3 game. Earlier today, the company tweeted a picture of the box that confirms some of the rumors that have been floating around for a while now. 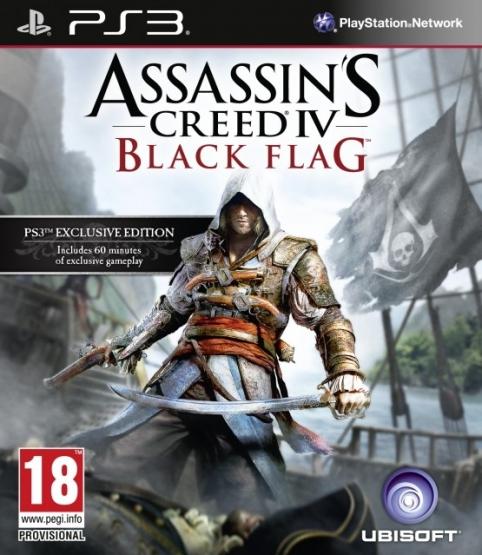 In the picture, you can clearly see the protagonist standing on a ship with a pirate flag waving in the background. This should confirm the rumor of the adventure taking place in the Caribbean islands. We're supposed to be hearing more information about the game on March 4.

The game has been confirmed to be coming to the PC, Xbox 360, PS3, and Wii U. It could end up showing up on the PlayStation 4 and the Xbox 720, though this hasn't been confirmed.