We've already seen the insane performance that NVIDIA's upcoming Tegra 4 should provide us, but Qualcomm aren't just sitting on their hands. Rather, their hands are up in defensive position, swinging at NVIDIA before these chips have even made it into consumer devices.

Qualcomm's Senior Vice President of Product Management, Raj Talluri, told The Verge that Qualcomm is more focused on shipping products than refuting competitors' benchmarks. The company believes that their upcoming Snapdragon 800 easily beats NVIDIA's Tegra 4. Talluri also said that while NVIDIA may be offering something impressive, Qualcomm's Snapdragon 800 is so much more integrated, where the LTE modem is built directly into the silicon die. 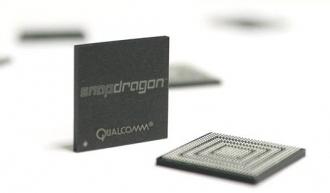 The Snapdragon 800 also includes the ability to both encode and decode 4K content, which is a very nice feature to have going into 2013. We should see more than 50 products include the Snapdragon 800 in the near future, with the quad-core 2.3GHz chip expected to arrive in even more devices before the year is up.