More and more bugs continue to be found in Apple's iOS 6.1 update. The latest to be found is another bug that allows people to bypass the lockscreen of a device secured with a pin. This exploit allows direct access to a device's contacts, pictures, videos, and more simply by executing a few easy steps.

The steps are similar to the previous lockscreen bug that was discovered and involves the same process of making a call to an emergency number. The process relies heavily on the earlier exploit, though this one allows hackers to pull data from the device directly through a USB cable, useful if you want to transfer large amounts of data (read: numerous pictures).

Apple has a fix for the first passcode bug already included in the iOS 6.1.3 beta 2 update, though it's not clear if that patch will fix this latest bug to be discovered. 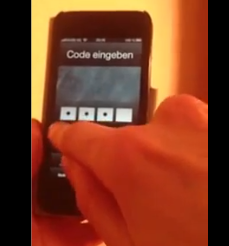