MWC 2013 - HP have come to Mobile World Congress this year with quite the surprise, a $169 tablet dubbed Slate 7. Slate 7 is powered by Android 4.1 Jelly Bean, and inside the specs are not too shabby either. 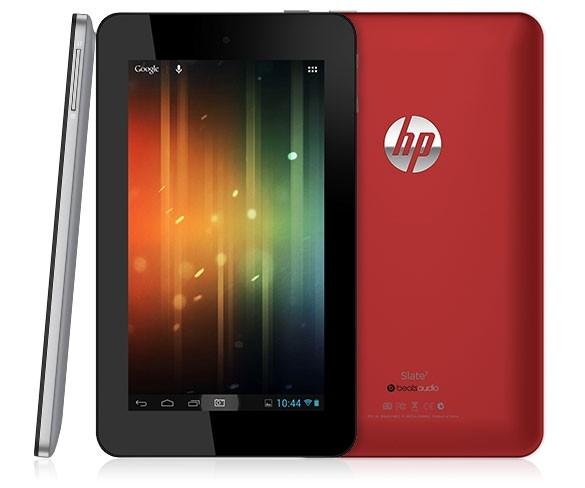 Slate 7 will feature a 7-inch 1024x600 display, a 1.6GHz dual-core Cortex-A9 processor, 1GB of RAM, 8GB of internal storage expandable by microSD. A 3-megapixel camera is featured on the rear of the device, backed up by a VGA-capable camera on the front. Beats Audio is included, and the Slate 7 weighs just 13 oz.

We should expect the Slate 7 to reach US retail shelves in April.