Earler this week, we were introduced to the NVIDIA GeForce Titan GPU, a consumer graphics card based off of the GK110 chip which is currently used in supercomputers. System integrators, such as iBuyPower, Maingear, and Origin have announced that they will be offering the GPU in some of their systems. 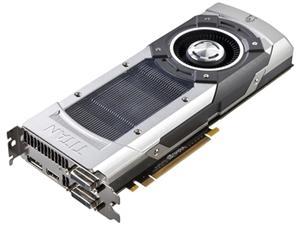 But I'm sure many of our readers are interested in buying just the GPU. Newegg has put the Titan up for pre-order for a mere $999. The model available on Newegg is from ASUS and is listed to be available for purchase on February 28, so six days from now. EVGA, and possibly other vendors, will be offering up their own boards, likely before February 28.