During Wednesday's PS4 event we were given a look at an extended play-through of one of the next-gen console's launch titles, Killzone: Shadow Fall. The graphics were impressive, but the demo was being played by an experienced Sony staffer who could have had weeks of play time ahead of the launch. 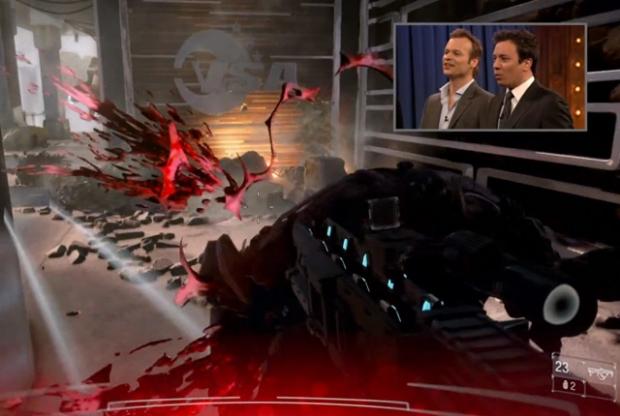 Last night on Late Night with Jimmy Fallon, we once again got to see Killzone: Shadow Fall in action. This time however, Fallon himself took to the touch-pad equipped DualShock 4 controller. The graphics were still quite astonishing, and gameplay remained smooth. Unfortunately, Fallon did not fare well in the battle on the screen, and the demo quickly turned into a shouting match.

Interestingly enough, we still did not see any glimpse of the PS4 console itself, which lends further credence to the stories of it still being deep in development. We are a little disappointed that we have yet to see a physical console with all the hype that has been generated over the past week. The least Sony could do is show off some super sleek concept prototype.