It looks like Burger King and Donald Trump aren't the only ones having trouble with Twitter hacks this week. Ironically, one of Anonymous' Twitter accounts was the target of a hack. Rustle League, a little-known hacking group, has taken responsibility for compromising the @Anon_Central Twitter account. 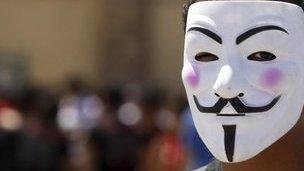 "The reason Anonymous fell victim is probably human weakness," said Graham Cluley, senior consultant at security firm Sophos. "Chances are that they followed poor password practices, like using the same password in multiple places or choosing a password that was easy to crack."

We didn't capture any screenshots of tweets sent out while the account was out of Anonymous' control. If you managed to see some of the tweets--if there were any--let us know what they said!