Polytron Technologies has just shown off its latest transparent mobile phone prototype to website MobileGeeks. The video below showcases the prototype and its "Switchable Glass" technology, which amounts to a conductive OLED screen.

The screen works similar to that of normal LCD's in that it uses electric current to align liquid crystal molecules which make up the text and images. The result is a screen that is completely transparent. The device show in the video is just a concept design, and is not a fully functional working unit just yet. 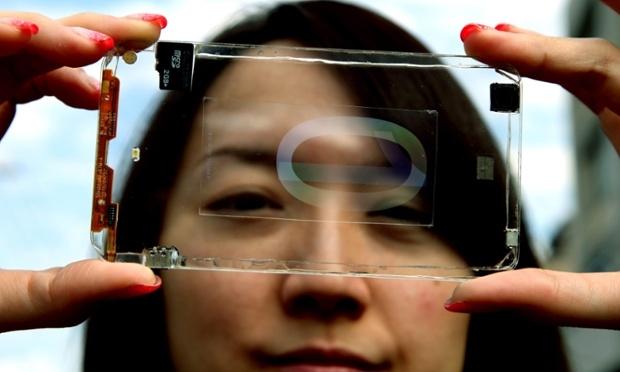 Polytron said that the working unit would have touch screens on both sides of the device; the electronics section would be coated to hide the internals, as well as hiding the speakers, microphones and switches. Rumors are circling that the company is also working on a tablet design, and that we could see a fully functional prototype by the end of the year.