The Wall Street Journal is reporting that Google has developed a touchscreen Chromebook that could go on sale as early as this year. Google is continuing to put pressure on rivals Microsoft and Apple with its competitively priced mobile devices and Chromebooks and a touchscreen version is the next logical step. 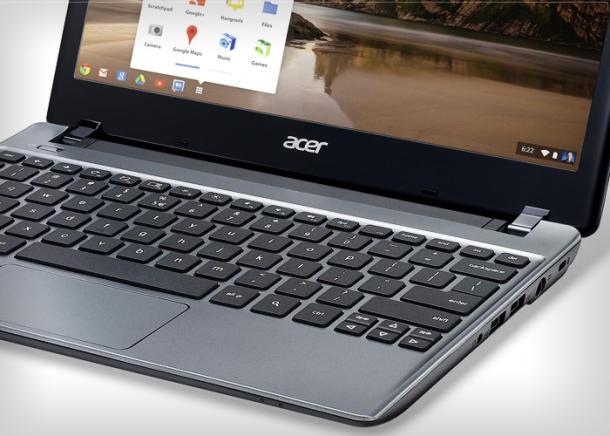 During the fourth quarter alone, Google is said to have sold around 100,000 Chromebooks. Combine that number with the fact that 25 percent of all Windows 8 laptops sold last month were touchscreen capable and you start to see why Google would be working on developing a touchscreen Chromebook.

Google is lucky in that they've had a fair bit of experience with touch interfaces. Thanks to the Android operating system, Google should be able to overlay a touch interface on the current Chrome OS. The report doesn't say who Google might be working with on this new project, but could this be something along the lines of the rumored Google Pixel?