Sony have announced the PlayStation 4 today - where we've discovered it does indeed feature an x86 CPU. We're looking at an 8-core CPU, a powerful GPU, and 8GB of RAM. But, Sony aren't pushing raw specs, but instead, the 'experience' of the gamer. 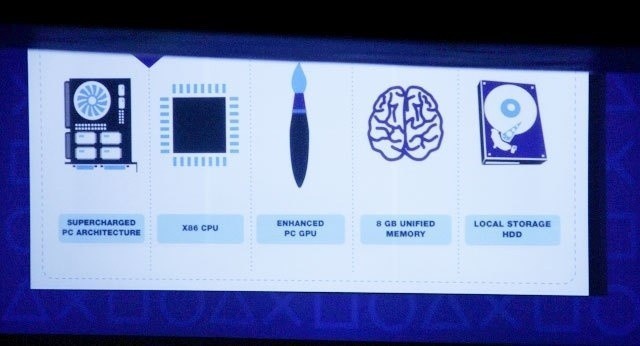 The PS4's Lead System Architect, Mark Cerny, talked about the evolution of the PS4, which began development five years ago now, and was designed to connect to many services at once - which is where we are in the world right now. Hopefully we get some breakdown on specs later, which you can expect us to report to you. Keep checking back!