Apple has released an update to iOS 6.1 that patches the Exchange bug that has plagued many users and resulted in shorter battery life. iOS 6.1.2 is the update that was just pushed out by Apple and is currently available OTA and through iTunes to patch all of your Exchange woes. 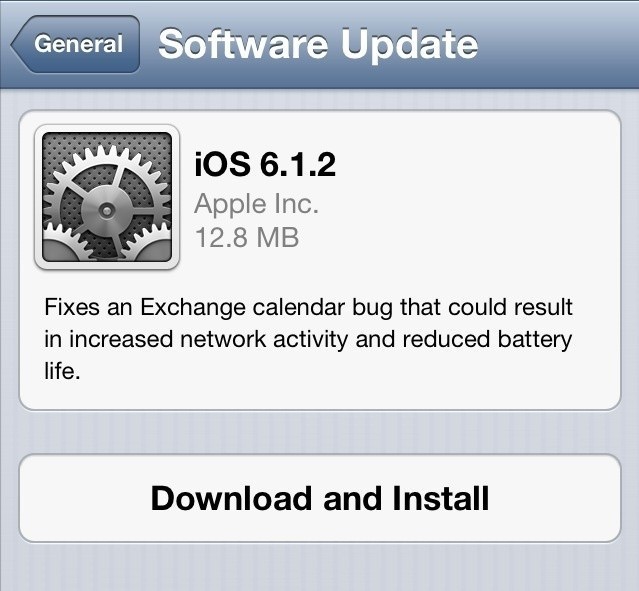 No word has been given about whether or not the update patches the exploits used by the Evasi0n jailbreak tool, so you probably shouldn't try updating until an official word has been given by the developers. We'll be sure to let you know as soon as we hear something.

Another question is whether or not this update fixes the lock screen bug that would allow people to bypass a password lock with a couple of simple steps. An announcement saying that it is fixed is curiously absent from the release notes, though that doesn't mean it hasn't been patched.